Features of corten steel cladding and facade in detail

Features of corten steel cladding and facade in detail

Corten steel is respected by architects for its strength and unique colour. Due to its chemical composition, this type of steel provides an oxidation that protects the piece without altering its mechanical properties.

Any architectural project can benefit from the architectural details of Corten steel cladding detail because it presents a variety of situations and connections, not only as a constructive element, but also as a decorative element. 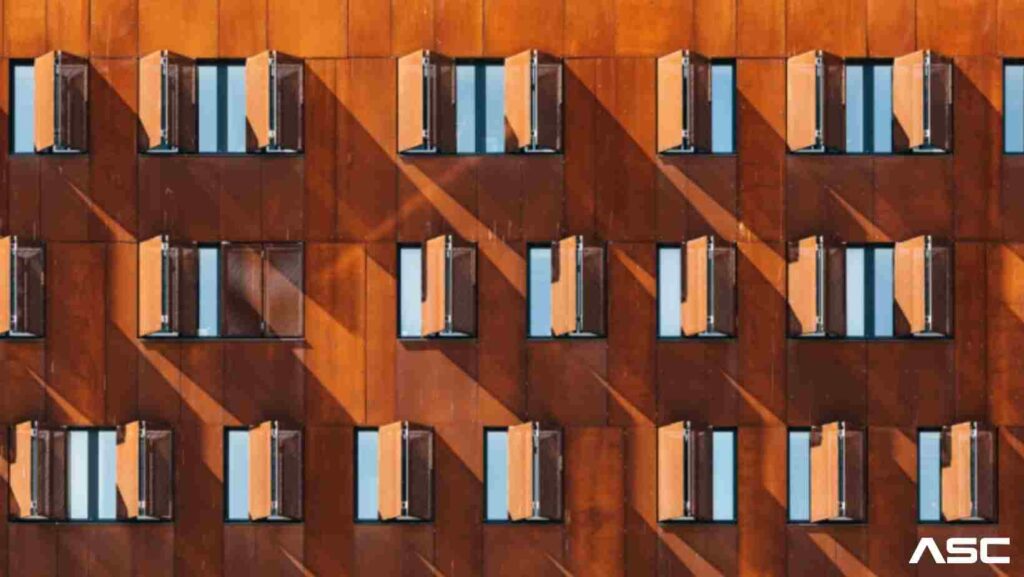 Designers and planners can envision continuous surfaces that establish a visual dialogue with the surrounding environment while gradually changing their appearance over time, utilising the “formal language” typical of steel.

Corten steel, developed in 1933, has been used to build some of the most incredible structures in the world today. Corten steel has a rusty, orange-brown appearance. In recent years, Corten steel cladding detail has become increasingly popular in the garden as well as in the construction of buildings, bridges, and walls.

Iron, copper, phosphorus, silicon, nickel, and chromium make up corten steel. As the alloy rusts, oxygen cannot enter its inner layers. Compared to steel, corten steel is ten times more resistant to the sun, frost, and ice. In addition, it doesn’t need any extra maintenance, so it’s a great choice for cladding.

Conjoined joints will bond through surface rust, allowing for a variety of design styles. Steel’s ability to produce distinctive new forms makes it a favourite of sculptors. Corten’s ability to fuse can benefit even basic structures.

In architecture, Cor-Ten is used like a fabric, cut, folded, stretched, and decorated with inlays and processes that enhance its elastic qualities.

Cor-Ten steel consists primarily of iron and carbon alloys, containing, in small amounts and less than 5% of the total metallurgical composition, copper, chromium, nickel, phosphorus, silicon, and manganese. Cor-Ten is known for its strength and corrosion resistance.

Due to its structural composition and the particular distribution and concentration of alloy elements added to steel during production, this is all possible. As a result, carbon content is reduced, load capacity is increased, and corrosion resistance is enhanced.

An exterior shell or layer is created by applying one material over another. It protects the house from the elements and, in many cases, enhances its appearance. In some cases, cladding provides additional insulation.

Corten can be used as an exterior and interior layer of a house. Corten has been used to manufacture distinctive steel tree columns that support a cantilevered first store. Continue reading to learn what makes corten unique and an excellent choice for your next cladding project.